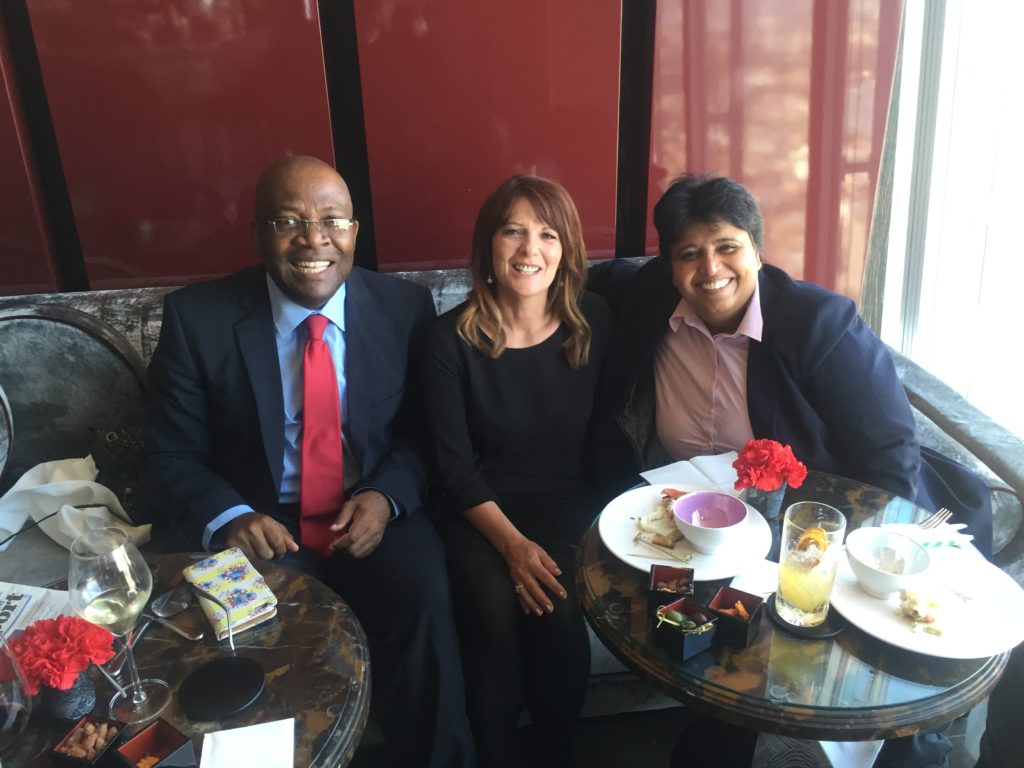 Child Sexual Exploitation is not alien to Nigeria, it is rooted in tradition, in some cases, fetish and ungodly religious beliefs with children and vulnerable women as victims. To curtain this, Jose Foundation is partnering the Federal Ministry of Women Affairs and Social Development in curbing the menace. AGBO-PAUL AUGUSTINE reports.

eptember, 2015 findings from the Nigeria Violence Against Children Survey carried out by the National Population Commission, with support from UNICEF and the US Centers for Disease Control and Prevention, found a high prevalence of violence against children in Nigeria.

The majority of children never tell anyone about their experience and less than 5% of children who experience violence ever receive the support they need to recover.

The survey found that childhood violence has a long term impact that lasts well into adulthood, including poorer mental and physical health outcomes. Individuals who experienced physical and sexual violence in childhood were also significantly more likely to perpetrate intimate partner violence.

The shocking rape of a six-months-old baby in Kano recently that left the nation in shock further reinforced the call by experts to tighten security around minors against child sexual exploitation.

The defilement of the baby no doubt, touched the heart of Nigeria’s First Lady, Mrs Aisha Buhari and the Emir of Kano Muhammadu Sanusi II both of whom visited the victim in hospital and expressing shock at the incident.

LEADERSHIP recalled that Jose Foundation in 2016, wrote a letter to the Wife of the President, the Inspector General of Police and Wife of the Senate President, informing them of the growing trend of abuse of minors and women in the country.

In the letter it called for a pragmatic action from highly placed individuals in authority to step up action against violence on children and vulnerable women in IDP camps and other parts of Nigeria.

Although, Child Sexual Exploitation (CSE) may not actually be a ‘Nigerian Phenomenon’ the prevalence of abuse of minors in the country is has become ‘alarming’.

Unfortunately, several reported cases of child sexual exploitation have close family members as the ‘usual culprits’ pushing experts to redraw plans on how to deal with the monster that has continued to gain grounds in Nigeria in recent times.

Not even the Child Rights Act (2003) has been able to deter the evil doers from crying out heinous crimes against innocent minors in the country, worse is that some states are finding hard to domesticate the Act due factors centred around religion, culture and lack of political will.

The situation has not only affected many psychologically, but has also threatened the future of millions of children around the country.

An international non-governmental organisation, Jose Foundation since 2003 has continue to champion the fight against child sexual exploitation (CSE) in Nigeria.

To address the issue of CSE in the country, Jose Foundation has been carrying series of public awareness on how parents can protect their children from falling into the hands of sexual exploiters.

This includes advocacy, creating awareness, trainings and international diplomacy to draw attention of leaders worldwide to the plights of the vulnerable in the society.

The promotion of CSE campaigns necessitated the need to organise a workshop for all stakeholders in the protection of minors in Nigeria.
The Foundation through the Nigerian mission in the United Kingdom recently submitted a training proposal to several ministries in Nigeria including the Ministry of Women Affairs and Social development.

LEADERSHIP can exclusively report that the ministry of women affairs and social development responded to the Foundation’s request by asking for the details of the proposed programme.

Details of the proposed workshop which has been delivered to the Nigerian High Commission in London to be transmitted to Abuja, LEADERSHIP learnt will bring the crème de la crème in the Nigerian society under one roof to discuss child sexual exploitation, it’s implications to Nigeria and how it can be tackled.

Between August 15 and 21, 2017, some members of the federal executive council, lawmakers, the military and the internally displaced persons (IDPs), parents, care givers, family members and community leaders will have to listen to a group of experts from the United Kingdom fighting CSE on how to curb the menace in Nigeria.

Others to attend the workshop are: religious leaders; development workers; heads of schools; and other officers including law enforcement agents and social care educators.

Speaking on the planned workshop, President, Jose Foundation, Prince Martins Abhulimhen exclusively told LEADERSHIP that the time has come for Nigeria to join other nations who are showing commitment to the protection of minors and women from sexual abuse.

“We have taken responsibility to work with the Nigerian government to tackle CSE and that is why we choose to submit our programme details for government scrutiny and full participation”, he said.

He noted that the Foundation planned to launch a book on Child Sexual Exploitation written in three of Nigeria’s major languages and the setting up of a Jose Foundation Therapy Centre in Nigeria to be manage by UK experts to train Nigerians on how to handle victims.

The book is to act as a day to day guideline that children must read to checkmate any kind of abuse from perpetrators.

He said the seven man team of experts from the UK on CSE will be led by Jayne Senior, a Councillor in Rotherham. She was credited for revealing a pattern of exploitation in the town that saw large numbers of children and young people groomed, gang raped and tortured by groups of men.

At least 1,400 children were subjected to appalling sexual exploitation in Rotherham between 1997 and 2013.

Children as young as 11 were raped by multiple perpetrators, abducted, trafficked to other cities in England, beaten and intimidated.
Consequently, to further fight the scourge in the United Kingdom, the government is spending about 40 million pounds in 2017 alone. Amount considered too low by some critics while Nigeria with a rising cases of CSE is lagging behind.

LEADERSHIP learnt that Lawmakers and ministers will be the first to be briefed on the topic. Personal experiences and skills around tackling CSE will shared and Why CSE is a global issue and the short term and long term effects of CSE on victims and families.

The military and officials of IDP camps will learn different types of exploitation. This will include the impact of victims both short term and long term and moral and legal issues.

Religious leaders will be thought on how to spot the signs of CSE, their role in protecting children from harm. While law enforcement agents and social care educators are to learn awareness raising within local economy, indicators of a child at risk, long and short term impact of abuse on children, and reporting and referring concerns to relevant agencies.

Meanwhile, working with families and communities in this regards has been identified as a measure to fencing the child against people with the intention to sexually exploit minors.

Monitoring and engaging children is said to make minors and their parents have a sense of what constitutes child abuse and what is not.
Organisers of the workshop praise the interest so far shown by the minister of Women Affairs and Social development, Senator Aisha Jummai Al-hassan, for the welfare of Nigerian children while calling on other government agencies to join hands in the fight against child sexual exploitation.