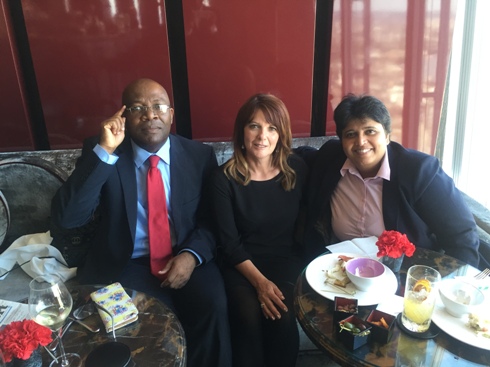 By AGBO-PAUL AUGUSTINE, Abuja
To tackle the frequent cases of child sexual exploitation in Nigeria, Jose Foundation, a non-governmental organisation has engaged British expert councillor, Jayne Senior (Member of British Empire) and survivors of historic child sexual exploitation in Rotherham on a working agreement to help address the menace in the country.
According to a statement signed by Jose Foundation President, Prince Martins Abhulimhen yesterday in Abuja, the working agreement which was signed in London is to help tackle child sexual exploitation and abuse of women in Nigeria.
Mrs Senior is reputed for being the first to expose the child sexual abuse scandal in Rotherdam and has been made an MBE in the Queen of England Birthday list.
She is the Councillor for valley ward in Rotherdam.
It stated that a five-day workshop is being planned to train teachers, children, stakeholders and parents in Abuja and to spread to schools across the country.
Also parents of the children abused in Rotherham will be part of the programme in Nigeria and will be working closely with Jayne to share their experiences to help children, families and communities across the country.
He reiterated that the girl child in Nigeria is daily abused by those that are supposed to protect them, citing the recent case of Miss Rukayat Olajobi, a 12years-old that has suffered sexual and emotional abuse at the hand of one Mr Abimbola Salami, a married man in Lagos.
“Rukayat Olajobi an orphan only 12years old has just suffered sexual and emotional abuse in the hand of Mr Abimbola Salami a married man whom she trusted.
“She suffered various forms of groping, touching, verbal and sexual abuse for over 2years, she has been living in fear to speak out about it and she did not know how the society will judge or treat her base on her homelessness and poverty”, He alleges.
He added that the Foundation is fighting for justice for the Nigerian teenager as well as many other innocent children abused in the country.
“As you can see we at Jose Foundation has written to her Excellency Mrs Aisha Buhari, ABGF, the wife of the Vice President, Mrs Oladulapo Osinbajo, Mrs Toyin Saraki Wellbeing Foundation for Africa and Distinguished Senator Mrs Oluremi Tinubu, they are our mothers and should fight to protect our children, also the IGP and other well meaning foundation around the world that cares and protect vulnerable children and women.
“We at Jose Foundation will continue to campaign and fight for justice until we overcome this evil and menace put on our kids who are supposed to be the future leaders.
He said the Foundation’s recent visit to the UK House of Lords to campaign for the IDPs was based on the hardship face as a result of insurgency and ‘now if same IDPs will now be face with child sexual exploitation and crime of sex or rape in the camps, then government intervention on this matter is highly solicited otherwise this is double jeopardy for IDPs’.
Abhulimhen chided those demanding for sex from IDPs in return for favour, said such societal behaviour should be condemned by all Nigerians.
He further stated that the Nigerian legal system not coming out strong against rapists’ is tantamount to aiding and abetting the heinous crime.
He said the Jose Foundation will set up medical, scholarship and rehabilitation accounts on behalf Rukayat to address her traumatic events.
“The Foundation will also aggressively pursue justice in this case and make sure that Mr Abimbola Salami responsible for this crime face the full weight of the law.
Prince Martins Abhulimhen, Councillor Mrs Jayne Senior MBE, Ms Charu Kashyap.