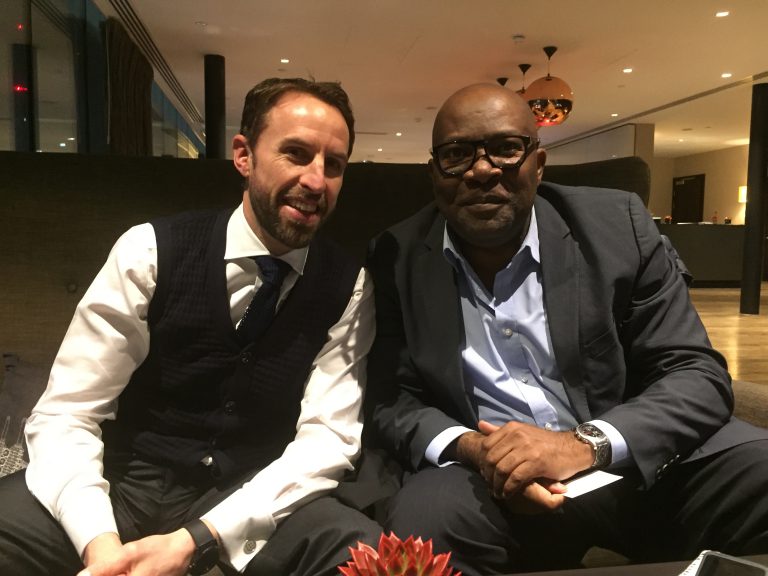 In a press statement in Abuja, President of Jose Foundation, Prince Martins Abhulimhen, said it has become necessary to take the campaign to sports managers following recent shocking revelation of sex abuses in the United States Gymnastics Team and conviction of its former doctor, Larry Nassar to 40-175 years for sexually abusing young athletes.

He said the meeting with Mr Gareth Southgate, the coach of The Three Lions (England National Football Team) was to advocate protection of children in sports against any form of sexual exploitation.

“Jose Foundation task authorities to tackle child sexual exploitation hence, while discussing abuse in football with the England national team manager, Mr Gareth Southgate, he agreed completely that institutions has failed many victims and advocates that more should be done to protect children in sports.

“Southgate endorses our Abuja CSE planned workshop by signing and wish us the best in our endeavour to end child sexual exploitation worldwide.

“Our quest for solutions in the international community has encouraged us to bring all stakeholders under one roof in Abuja to proffer solutions to this crime against children and the future of our children,” Abhulimhen said.

He stated that the foundation’s commitment to end child sexual exploitation has earned it full invitation to participate at the April summit on sexual abuse by the National Center on Sexual Exploitation in Washington DC, USA.

Also the authority of the American centre on sexual exploitation has indicated its interest to fully participate in the Abuja workshop to encourage the Nigerian stakeholders to work hard to curb sexual abuses in the country.

While challenging authorities in Nigeria to take action against sexual exploitation of children and the vulnerable in the country, Abhulimhen said Jose Foundation remained fearless in its quest to take the campaign to end the menace to every nook and crannies of Nigeria and other parts of the world.