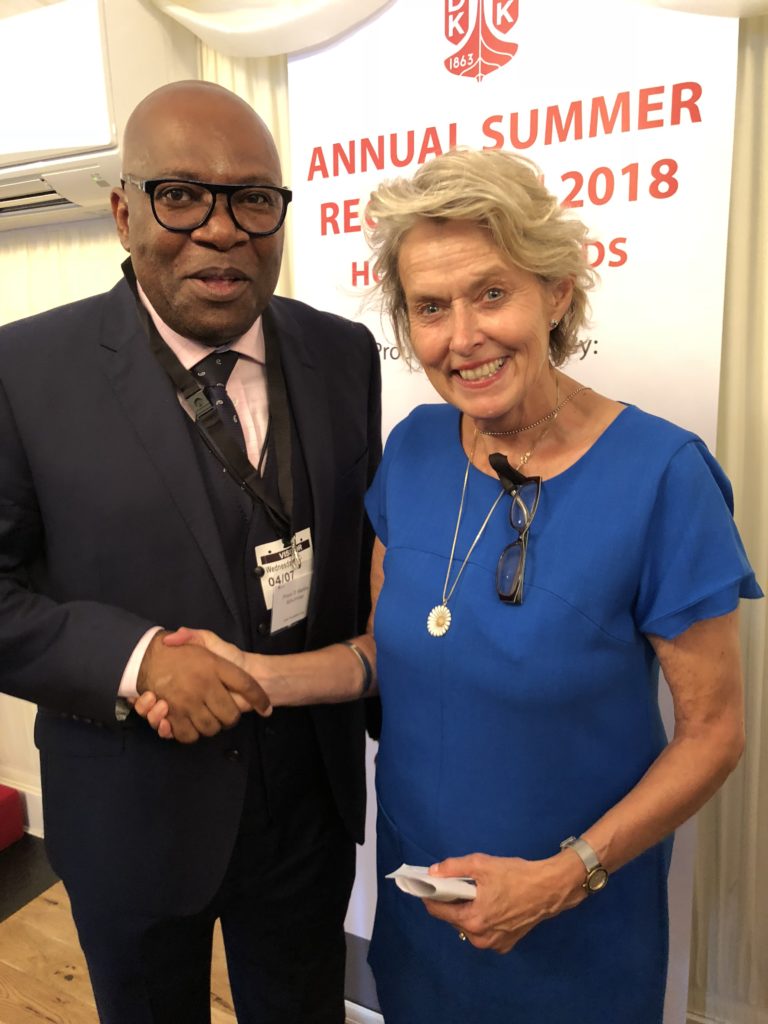 The Petitioner Dr Prince Martins Abhulimhen President Jose Foundation and Baroness Anne McIntosh of Pickering in the discussion at the UK House of Lords.

An humanitarian non governmental, Jose Foundation has kick start the collection of signatures nationwide under the #NAME AND SHAME CSE MOVEMENT, to petition President Muhammadu Buhari, Senate President, Senator Bukola Saraki and the Speaker of the House of Representatives, Hon. Yakubu Dogara over the unabated wave of child sexual exploitation in the country.

A copy of the petition made available to Journalists in Abuja, yesterday by the president of Jose Foundation, Dr Martins Abhulimhen reads: “A child is sexually exploited do you care? Petition-Unabated Child Sexual Exploitation (CSE) in Nigeria.

“In 2003, Nigeria adopted the Child Rights Act to domesticate the Convention on the Rights of the Child. Although, the Children’s Rights Act 2003 (CRA) was intended to serve as a legal documentation and protection of Children rights and responsibilities in Nigeria.

“Sadly, 15 years after, the Nigerian child is being raped, abused and exploited on a daily basis. It is so alarming that the Nigerian child has become an endangered species and regrettably, many of the abusers are getting away with it.

“Unfortunately, sacred places as religious homes are increasingly becoming centres for child sexual exploitations in Nigeria. Some of the abusers of children are sometimes members of the families of the victims, a violation that is well organised and silencing the victims from talking.”

It further stated that: “The horrifying acts of child sexual exploitation and abuses on innocent children who are the bedrock of tomorrow’s Nigeria cannot go on without a punitive response by the Leadership of this country.

“Mr President and the Leadership of the National Assembly, it’s a shame on us as a nation if nothing is done drastically to address the prevalent and flagrant abuse of minors in our country. We cannot allow the silent war on our future generation continued unchecked.

“We will do all that is necessary to get you to hear us, and make the changes needed, across every area of our society that plays a part in protecting children. How can the government know about the horror of the abuse that is carried out across the country, and do nothing to stop it? If every member of the Federal Executive Council (FEC) and Members of the National Assembly is not calling for action here, the children in Nigeria will one day say “Our Leaders let us down”.

“As a start, we need to see the government implement all recommendations that come out of any inquiry, government sanctioned seminar, workshop and other empirical findings on ways to addressing the challenges of child sexual exploitation and other forms of child abuses in the country and prosecute all child rights violators and children abusers as well.

“Not delivering justice to these victims of abuses and protecting the children any form of attacks will mean also that our Leaders are not performing the Constitutional role of protecting the citizens of this country.

“Show Nigeria and the world that we will no longer stand by and let children be abused in this way. This is our petition!” it concluded.