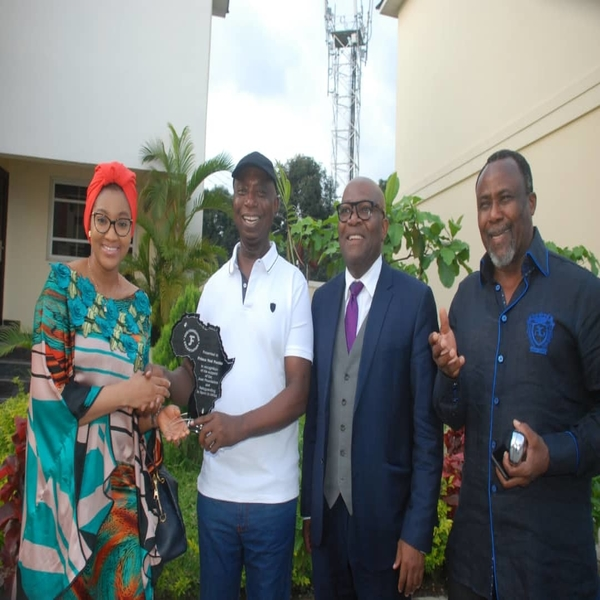 Delta State born Philanthropist, Prince Ned Nwoko, has been honoured in recognition of his commitment to sports development in Africa.

Presenting the award to Prince Nwoko during brief a ceremony in Abuja at the weekend, the president of Jose Foundation, Dr Martins Abhulimhen, said the Award was in recognition of the frantic efforts and sacrifices being made by the recipient to restore the glory of sports in Nigeria, and Africa at large through the sports focused Stars University he is building in Idumuje-Ugboko, Delta State.

“We are giving him this award because he is out to safeguard the future of sports generally and our youths in the country.

“The focus of our conferences and events is to ensure that the right people are the ones admitted into our sports community, so that we can have a competitive and focused sports system devoid of all forms of child abuse across Africa,” Abhulimhen said.

Receiving the award, Prince Nwoko who expressed delight over the award said he felt inspired by the award to do more in the area of sports and youths development.

On how he came about the idea of building a sports university, he said initially he intended to build a conventional university, but his discovery at a point that there is a wide gap in sports development in the country made him want to establish the sports focused institution.

Nwoko who disclosed that the university is modelled after sports focused Loughborough University in England, said any young man or woman interested in sports and education combined will find a place at Stars University which according to him will cover all Olympic sports when eventually commissioned.

According to him, the five of the seven structures recommended by the National Universities Commission (NUC) for a start are already in place, and efforts are on to ensure close collaboration with the Delta State government.

A director with Jose Foundation and co-presenter of the award, Prince Solomon Osiriamhe Etu, said it gladdens the heart “that we have a brother who has such an unprecedented interest and will to bring back the glorious days of sports in Nigeria and indeed Africa as a whole”.